﻿            The Steamboat Springs Rugby Football Club was founded in 1971. Headed primarily by Wayne Kakela, Lee Doucette and Val Fleckinstine, a team of a bunch of locals as players managed to put together a couple of games and play in the Denver Barbarian’s 7s. The following year, 1972, was the first year with a full schedule.

1973 was the first year Steamboat Springs hosted a tournament, the SSRFC Invitational. The tourney was such a success it was agreed that a tournament would be held in Steamboat every year. The tournament was renamed the Cowpie Classic starting in 1974. There is also a huge showing from the Steamboat Charging Heffers women's RFC and other women's teams around the region.

For news articles and pictures of Steamboat Rugby, visit the Steamboat Today website and search ﻿Steamboat Rugby﻿. A huge thanks to Travis Prior for the outstanding photos!!! Steamboat RFC photos 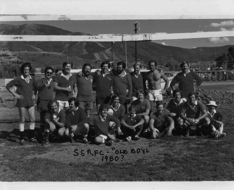 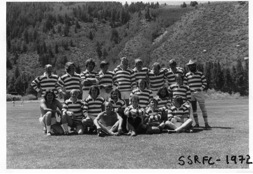